Rwanda’s tourism is 99% centered on mountain gorilla tours to her Volcanoes national park, attracting quite a number of wildlife fanatics, topping their backlist as a must visit destination. Rwanda is an extraordinary destination mainly due to her efforts to making a tremendous recovery after the tragic 1994 genocide that today proudly presents her self as a very secure, clean and above all with very friendly people, welcoming you into their country.

Get your custom quote 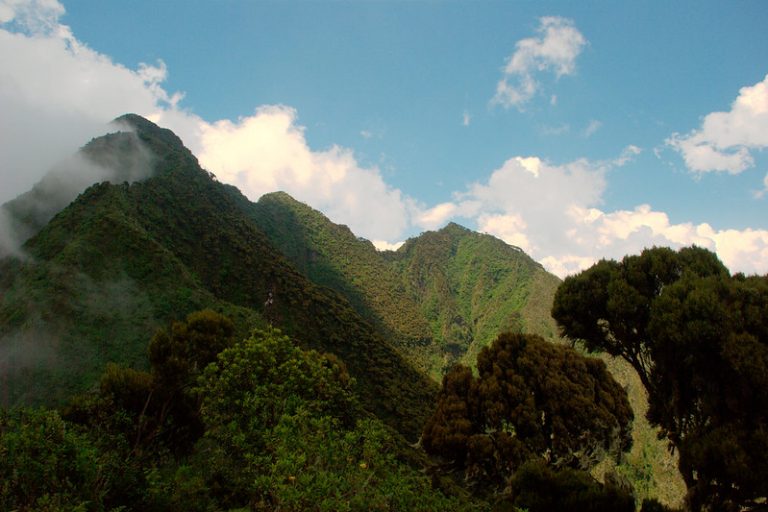 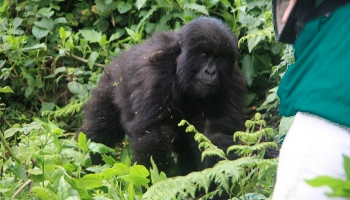 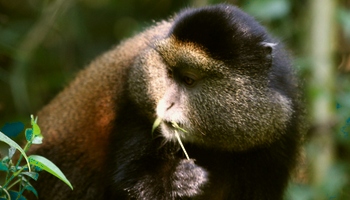 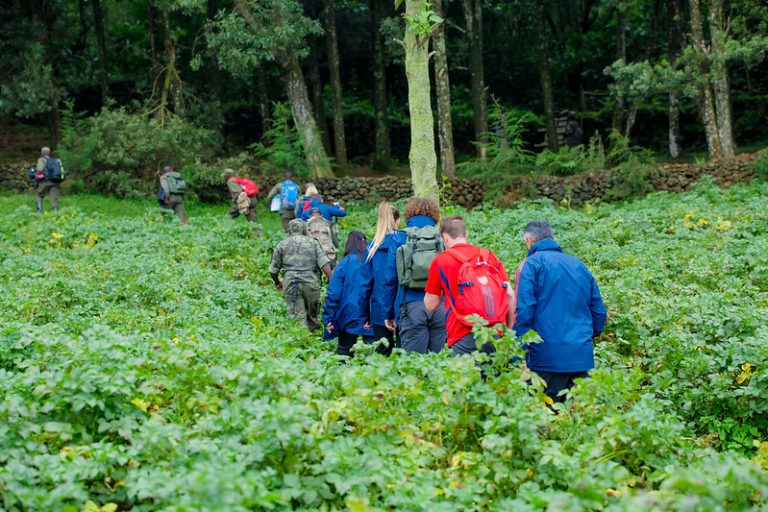 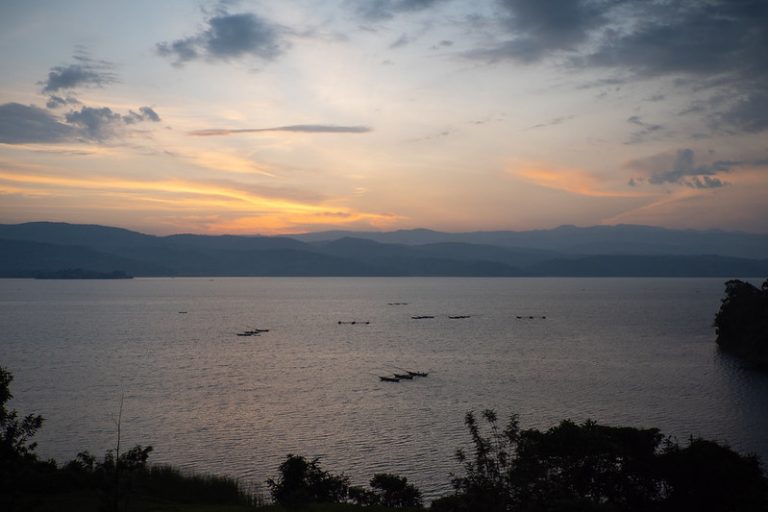 4 Days gorilla trek Rwanda in Volcanoes national park and a visit to Lake Kivu to visit Nyamirundi island as well as tour the genocide memorial site of Kigali.
view trip 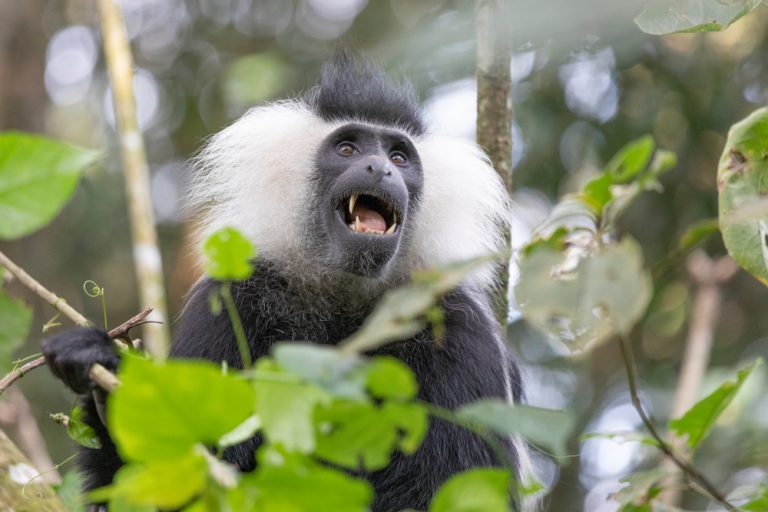 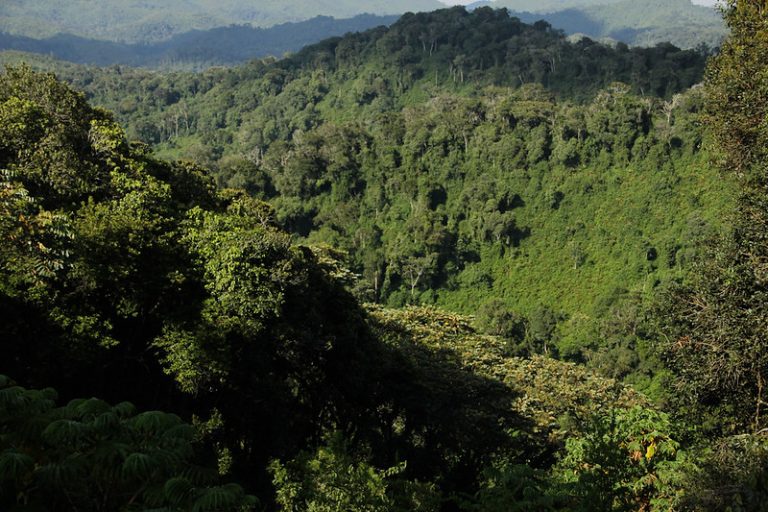 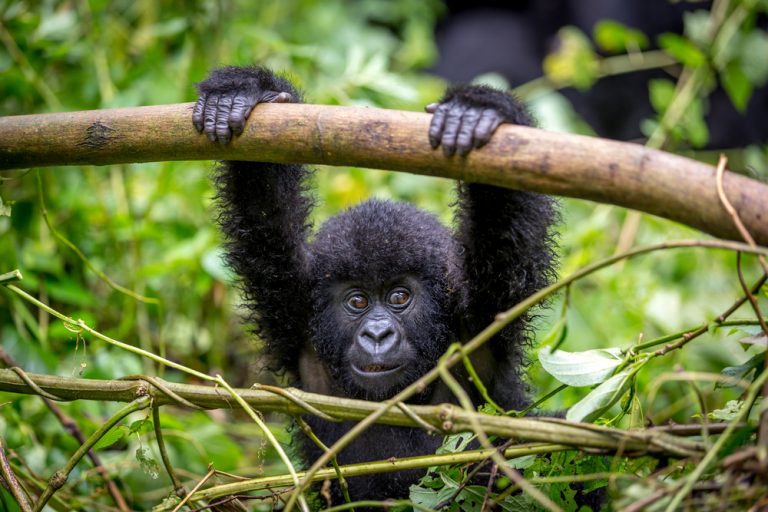 A full week in Tanzania & gorilla trek safari, you have a lifetime chance to enjoy the wildebeest migration and tracking to see mountain gorillas in the wild.
view trip

Once you land at the Kigali international airport, you are immediately drown into the charm of the rolling hills of the “Land of a thousand Hills” filled with green vegetation backed up by the cool tropical temperatures. The country has quite a number of attractions to offer the growing number of tourists including her pride – the critically endangered mountain gorillas, which today are growing in numbers each year as observed from the annual “Kwita Izina” – the gorilla naming ceremony. Destination Rwanda also offers wild chimpanzee tracking in Nyungwe national park, wildlife viewing in the savannah plains in Akagera national park where visitors can spot large herds of elephants, antelope, Zabras, giraffes, Hippos along the shores of Lake Ihema and the newly introduced Lions can be spotted in the park. The country also offers beautiful views of its volcanic mountainous nature offering short hiking tours to Mt. Bisoke, Mt.Karisimbi, Mt Sabyinyo, Mt. Muhabura all situated north of the country within the Vuringa Volcanoes mountain chain.

Rwanda also is a birder’s paradise with over 1450 bird species, the country’s is a fantastic bird destination where visitors can spot unique bird species like the Shoe bill Stork, Papyrus Gokolek, Red-Faced Barbet to mention but a few. Another important attraction not to miss out while in Rwanda is the cultural tour to genocide sites.

Rwanda’s 1994 horrific genocide is an emotional sad memory which has been preserved to share with future generations and the entire world into a number of genocide places spread around the country but the most popularly visited site is the Gisozi memorial site in Kigali, where you will have an insight of what happened during the genocide.

Lake Kivu is another Rwanda safari attraction worth mentioning; this is the only fresh water lake in the country providing tourists with relaxing, boat rides, fishing, and a number of other fun activities.

Despite the recent genocide, the country today has set up modern and wild class hotel accommodations in the different country national parks with world standard services.

You need a Rwanda visa to enter the country expect travelers from nations of Kenya,Burundi, Tanzania, Uganda, Congo, UK, USA, Canada, Germany, South Africa, Hong Kong, Mauritius and Sweden. Travelers need to apply for a Rwanda visa before arrival in Rwanda. A Rwanda Visa costs $30, or opt for a single East African visa which goes for $100 if a visitor is planning to visit all East African countries with the exception of Tanzania.

Kigali has a number of banking institutions which accept credit cards, ATM machines, forex bureaus but almost non out side Kigali. This means you need to have enough cash while traveling outside the city. When traveling in Kigali its best to have small bills in dollars and Rwandan Francs. Newer dollar bills (after 2006) will get you a favorable exchange rate and in some places old bill are not accepted.

To ask someone’s ethnic group is very rude and a threat, this is mainly because of the past genocide. Discussing the genocide topic is a very sensitive matter which should only be done at the genocide sites.

Rwanda is an expensive country compared to her neighboring countries of Uganda, Burundi Kenya with the prices of most services and products higher, like food, accommodation, goods in shops while bus fairs are relative. With world class hotels ranging from luxury, midrange budget and backpack facilities.

The country has a very good road network connecting to the different destinations including towns, national parks, provinces. Its easy to rent a car or use public transport. The country has buses, min buses, taxis, special hire facilities available and easy to access. Charter Flights are also available to some destinations in Rwanda.

Kigali is a very clean city and hence littering is forbidden and can be arrested for it, also eating and drinking on the street is unusual and should be avoided. Don’t toss staff outside your car window. Plastic bags were abolished and hence do not cross from the airport and therefore confiscated out of your luggage at the entry point.

Get your custom quote 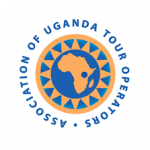